I grew up in a town called Charleston SC. It is greatly known as being the start of the Civil War and more over these days for brilliant epicureans like Sean Brock from Husk Restaurant which just won the best new restaurant in the country from Bon Appetite Magazine.  However growing up down south, I had the pleasure of having a second mother. A woman that not only helped to raise me, but she practically for all intents and purposes did raise my mother. Before her death some years back, she had been working  for the family for over 44 years!

I will never forget the evening my buddy and I went down to 42nd to catch a movie and the preview for The Help came on. I almost immediately got teary eyed. He was like “what is the hell is wrong with you?” I said that I must absolutely see that movie. He coming from the north, really saw no relevance to the meaning of it. He even commented ” what’s the big deal?” I very quickly told him. . . .not not a movie, that’s a reality and one that I lived! 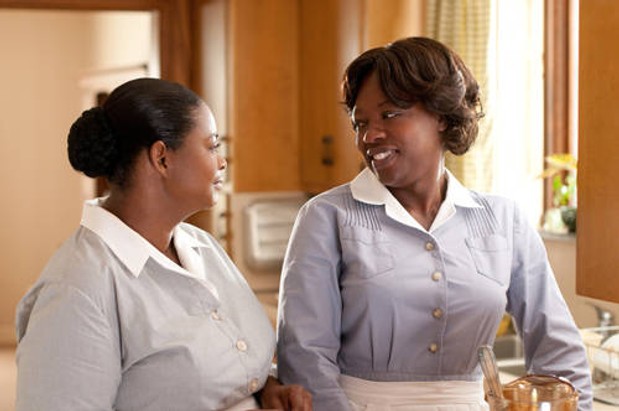 I had taken a week out of the city to come back down and meet with some of my fabulous southern brides and decided to take my mother to the movie. It was, as expected, moving. Being that I am certainly not a movie reviewer, I won’t get into how much I thought the writing was brilliant and the character work superb. I thought I would actually enlighten some about the relationships we southern boys have with our nannies.

Always let it be said, I am certainly a mama’s boy. Well Miss Rosa had a lot to do with me coming up the way I did as well. She grew up on a plantation where her parents picked cotton and grandparents like in the movie were actual slaves. It is so hard for me to believe that this kind of thing happened. The simple idea of racism just turns my stomach. However, it was the mid to late 70s and she was brought in to give my mother a well deserved break. My grandmother sort of allowed her to come over to our house and watch me and allow my mother some sanity. . .as no one is probably surprised I was kind of a type A baby!

Well little did I know from the baths she would give me to my watching from a stool with her making fried chicken, that Rosa would play such a brilliant part of who I am today. Moreover, as previously stated she all but raised my mother.

So seeing The Help, brought back a ton of really amazing memories and more over some southern recipes that I thought I would share out of the August edition of Food+Wine Magazine. Please enjoy the recipes and I am thrilled to have shared a little of my southern heritage with you. YES this is where I get some of the little bit of a southern accent I have left!

DIRECTIONS
Preheat the oven to 350 degrees. Ease the pie crust into a 9-inch pie plate and crimp the edges decoratively. Prick the crust lightly with a fork. Line the crust with foil or parchment paper and fill with pie weights or dried beans. Bake for 15 minutes or until set. Remove the foil and weights and bake for about 5 minutes longer, just until the crust is dry but not browned. Meanwhile, in a bowl, whisk the sugar with the cocoa powder, butter, eggs, evaporated milk, vanilla and salt until smooth. Pour the filling into the pie shell and bake for about 45 minutes, until the filling is set around the edges but a little jiggly in the center. Cover the crust with strips of foil halfway through baking. Transfer the pie to a rack and let cool completely before cutting into wedges. Serve with whipped cream

DIRECTIONS
Pat the chicken pieces dry and line a baking sheet with wax paper. In a large bowl, whisk the eggs with the milk. Add the chicken. In another bowl, whisk the flour with the seasoned salt and seasoned pepper. Dredge the chicken in the seasoned flour and transfer to the baking sheet. In a 12-inch, cast-iron skillet, heat the vegetable shortening to 365 degrees. Add all of the chicken and fry over moderate heat, turning occasionally, until deeply golden brown and an instant-read thermometer inserted nearest the bone registers 170 degrees, 20 to 24 minutes. Drain the chicken on paper towels and serve right away.