Ok so I admit, growing up down in Charleston SC I always had a fascination with what made Studio 54 Studio 54! How could 2 guys create world wide night club magic? How could everyone in the world want to get in and then no one be allowed in. . but wait here was Diana Ross dancing next to the maid from  the Waldorf? All of these things baffled and enchanted me at the same time.  I have to be honest, I had a life changing moment the other night.

As it turned out, Sirius XM was launching their new disco channel and wanted to for one night only re-create Studio 54 back to its late 70s early 80s glory disco dancing days. This was a ridiculous ticket to get a hold of. Believe me, if it were not for the kindness of friends and a good publicist, I certainly would not have been able to be there.

I’m going to share with you the events that made that night. It was something out of a story book. I literally was something that had to pinch myself and make sure that I wasn’t dreaming. I do have the pictures to prove it so it indeed happened and I am only happy to share the story with you. 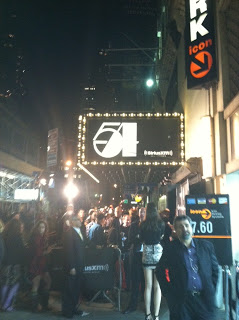 I met my dear friend Randy Jones from the Village People at Sardis down the street with a few others for a drink prior to arriving to do the red carpet. It was quite nice. We sat at the upstairs bar and reminisced or better said they did on the old 54 days. I of course was like a kid in a candy store wanting to hear story after story. We finally motivated down the street and made it to the event.  They had the whole street blocked off at 54 and 8th. As we started walking down the street Randy did a promo for a show that he is working on and the people with the ear pieces showed up and escorted us to the red carpet.

The list of celebs was endless. However, we were rolling in with 54 royalty. The Village People were regulars there and just flat out rock stars during the 54 era. To be joined by Randy was a thrill. He was stopped by the throngs of reporters. He took his shots as expected and then did an interview with ET. 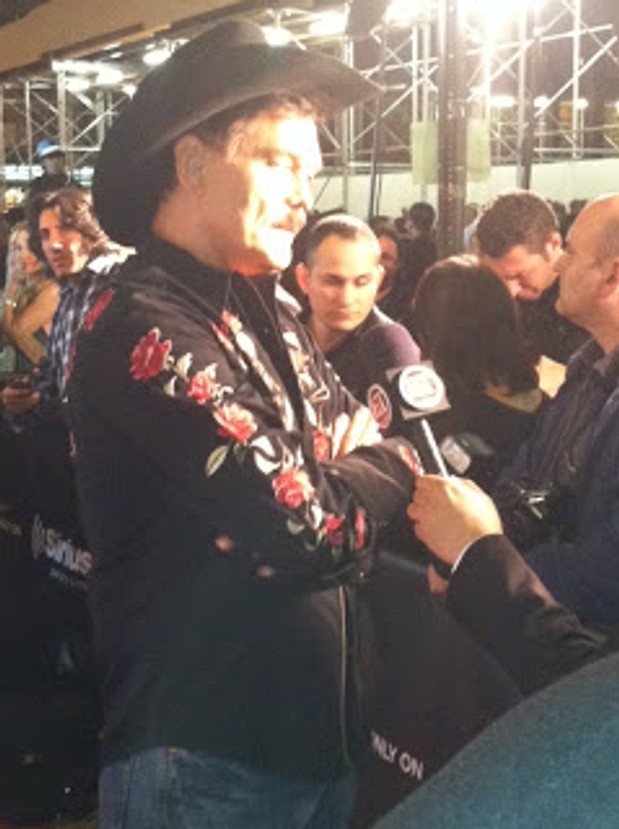 It was interesting to me that the PR gal that was handling the Red Carpet started to wrap us up and ask us to go on in. It seemed a bit rushed. Well as I turned around and the crowd was screaming, sure enough there was Keith Richards walking in behind us. Ok first let me say, the fact that he is still alive and kicking with all of the booze and extra curricular activities he has enjoyed in his day is remarkable. Meeting him was even as brief as it was a thrill!

We were escorted inside and upstairs to the VIP bar. This event was one that no detail was left out. everything was perfect. . . all the way down to the young bar boys outfits. 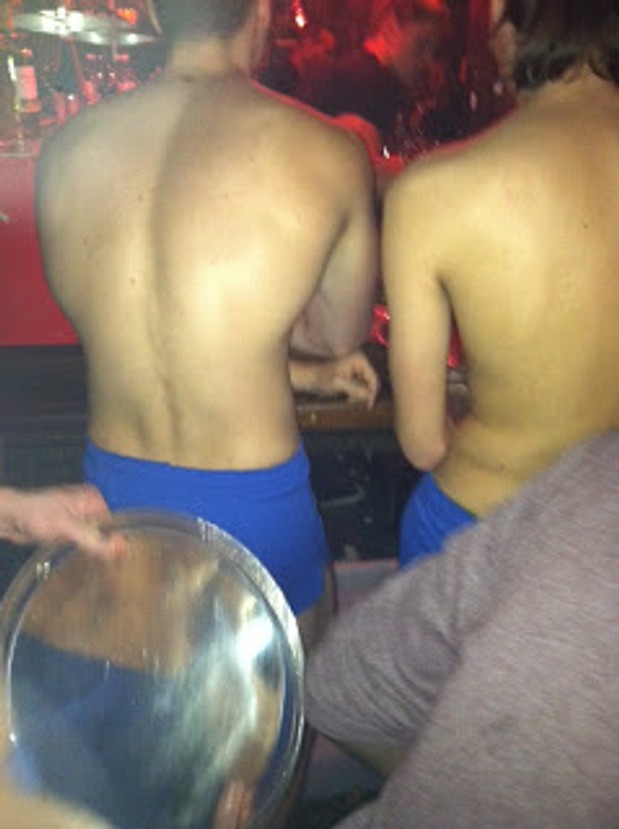 We were joined by a mutual friend of Randy’s and mine. Her name is Carrie and she is all things fabulous! Randy chatted with some long time friends before we walked upstairs into the vip seatings section. I bumped into Kevin Bacon with what appeared to be his girl friend. He was such a delightful guy. It would appear I am no longer 7 degrees from KB at all!

AS we walked into the seating area, the DJ was playing Macho Man. How appropriate a Village People song as we walked in. I could not help but to be moved a little to see the look on Randy’s face and just how much fun he was having reliving the glory days. They had it down pat. from the original doormen, bartenders, and even Ian Schrager was there.

They were supposed to have had brilliant entertainment singing live. Rumored was Donna Summer, Liza and more. Something with music rights and it being a union house became too cost prohibitive so they just did the DJ. They did manage too find some of the original props. Remember the moon and the spoon? This one cost a pretty penny to get back. It apparently had been auctioned off and they got it back for $50,000 just for the night! 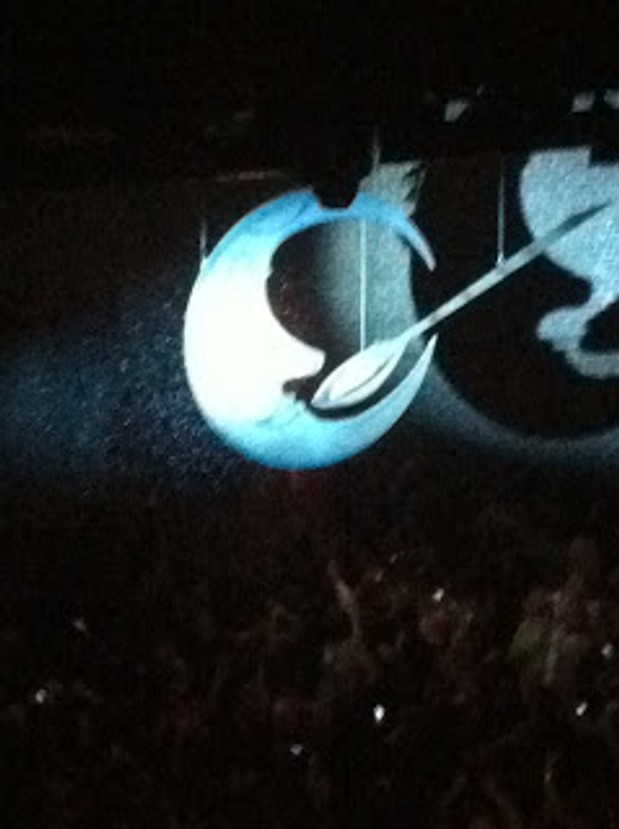 The lighting was fabulous as well as the crowd! 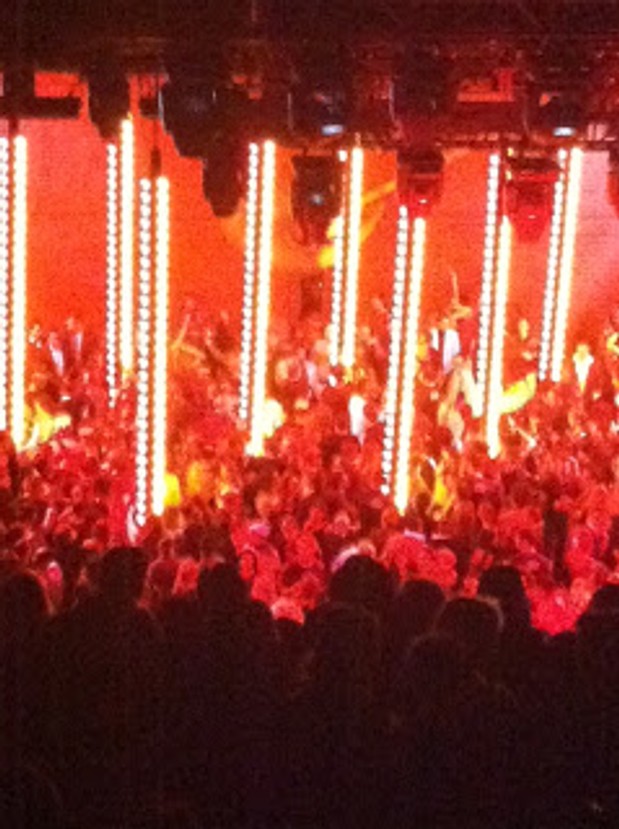 The evening progressed with meeting Clive Davis who I mentioned how much of a saint he had to have been to continue to be challenged by the Whitney Houston mess. He simply winked and smiled.

The staff as expected was gorgeous!!! 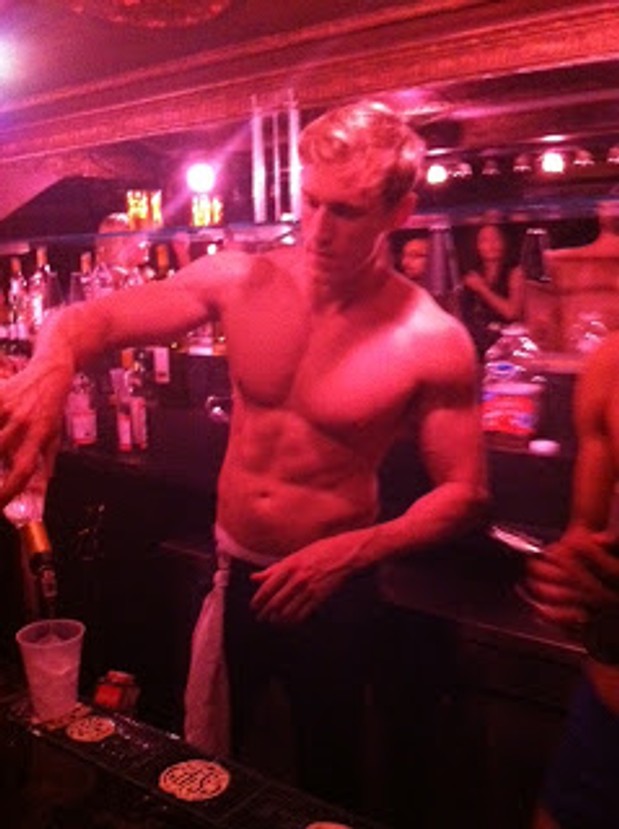 As the night continued, we ended up closing the place down. It was so much fun. However from there we went downtown to Gas Light where I hung out with one of the original bartenders. . who PS now is 52 and doesn’t look a day over 35!!! He had some of the craziest stories you could imagine.

I will say one of the biggest secrets to the place was that Steve Rubel would hire these drop dead gorgeous straight boys and have them just tell the guests that they were gay to entertain them just enough to keep the guests happy. 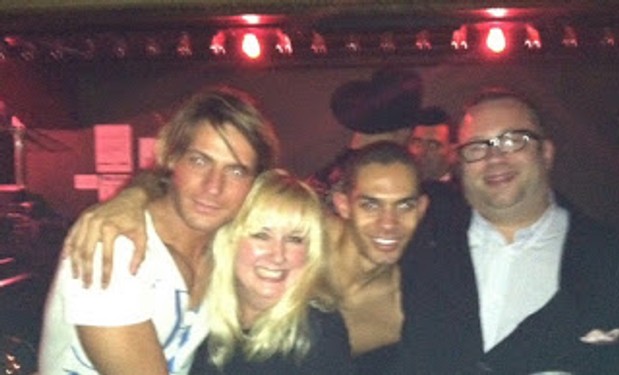 This is Carrie and I along with 2 fun guys!! 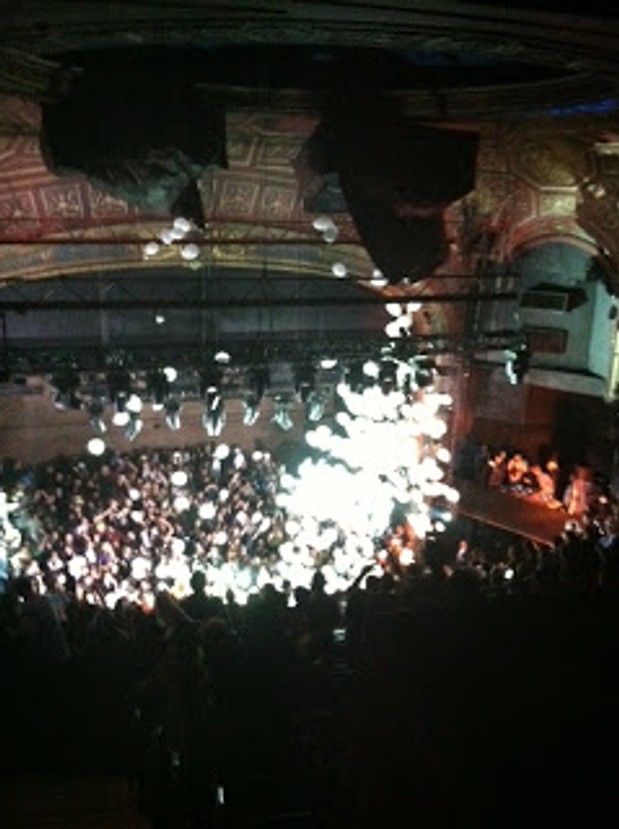 All in all, I can honestly tell you that my life was totally changed that night and boy of those walls could talk! One night only at Studio 54. . another Lawson Living Moment!

Remember to stay in touch with all things entertaining style by following me on twitter at http://www.twitter.com/lawsonroberts.